Tasha is a pretty, ambitious girl of the feline Hui-Maow race, just as Saam is. Tasha was raised with her four older brothers by her father in the desert kingdom of Shade, where they worked as animal keepers for the nobility. Tasha is very strong and athletic, having grown up in the harsh desert climate, and having spent any free time training her body. Her desire to become strong and make a difference in the world did not go unnoticed by her father, and after hearing of the four Elemental powers and of Warrior’s Temple, sent her there, where she tested and was found to have Earth affinity. She is a recent arrival and begins her training alongside Teo and Kitty.

The newcomer Tasha lifts the rock using Earth Affinity. It looks like a real test of will!

Kitty ends up covering everyone with dust! :O Looks like Teo has made a friend. 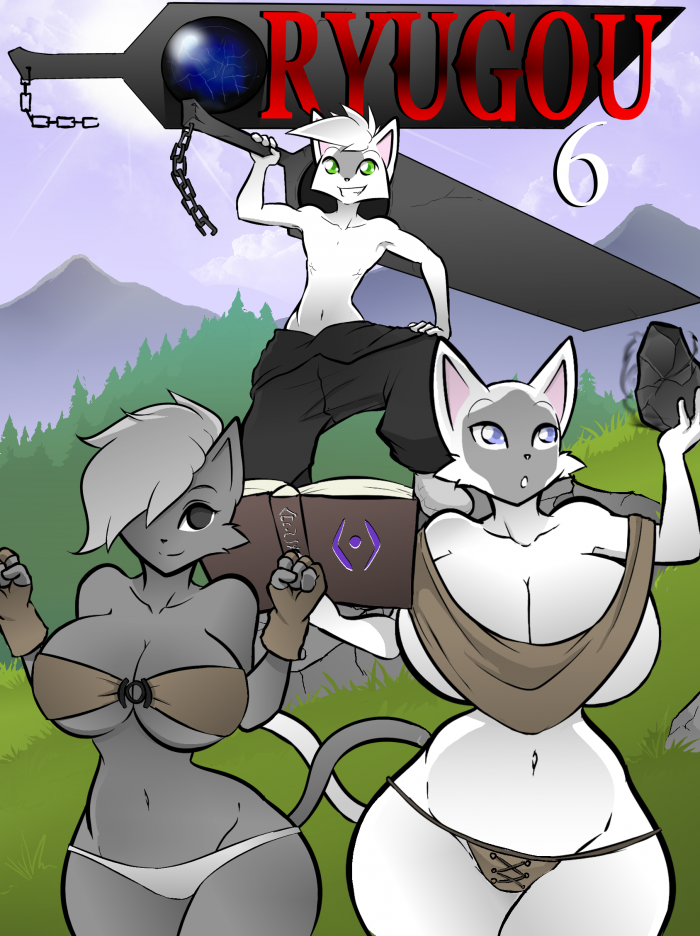 Chapter 6 has arrived! Well, the cover, at least.

Tasha explains herself, while we see where Teo went off to.

Kitty and Tasha finish some physical training, while Kitty ogles the handsome Hibara.

Teo has had a lot on his mind, and hearing about Skeev just pushed him too far.